A release  poppet with long, O-ring for dry type.

Because I did not hardening  head of it,It got dented and the clutch became hard to turn off .

So make it with SKS 3,harden it hardening.
This is newly made. 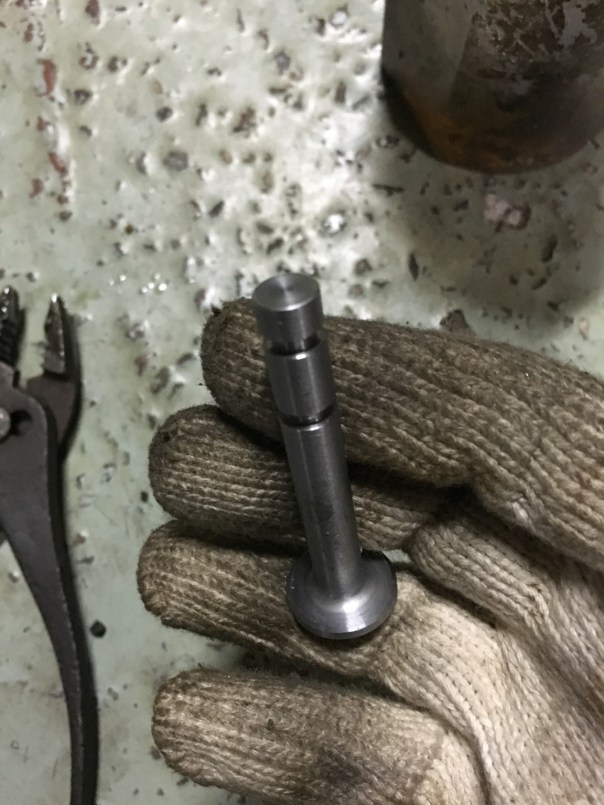 It was broiled with acetylene,The moment when the color changed from red to orange,sink in oil. 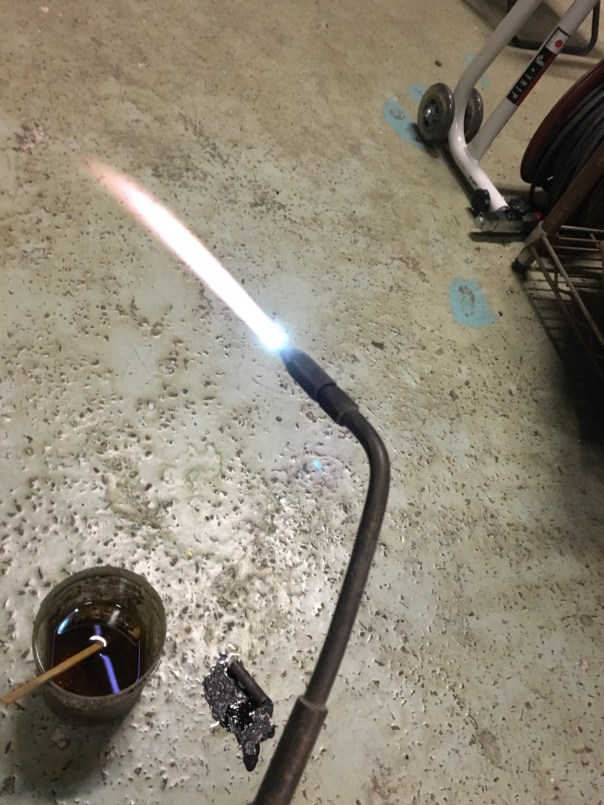 It went well.
It became hard enough for the file to slide. 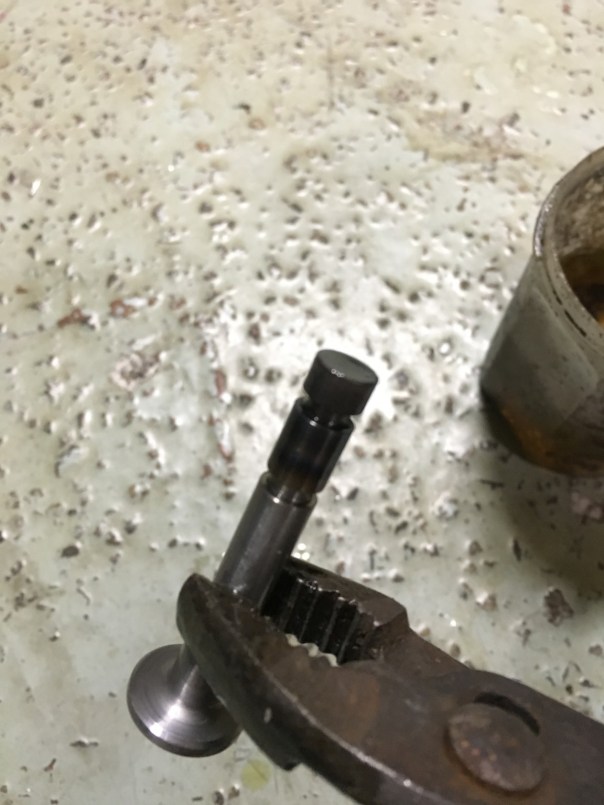 I set a dry type clutch plate, tried running until the road station Mitsu. There is Nanamagari pass near this,The place is touring or drive spot.

It is a distance of 50 km one way from my house and 100 km by round trip.I ate the soft cream at the road station Mitsu,Because it was lunch time on the way home,I ate a hamburger at Route 65.So, the total mileage for this day is about 140 km. 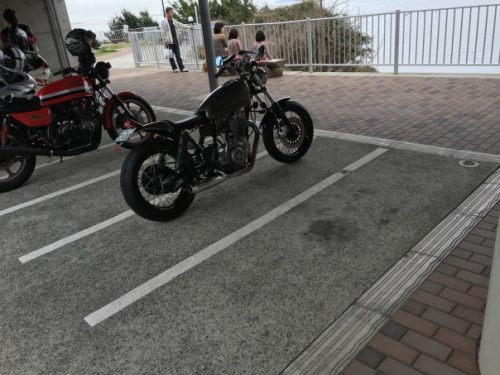 I reduced the number of sheets as the thickness per clutch plate increased.It did not slip and it was OK.Friction Capacity is OK.This SR is 500, so if it is 400 it will be OK further.
That’s great dry type. The clutch is crisp is good, so the mission soon entered.
This was very comfortable.
Wet type has no problems in practical use,Because of the oil film intervening ,It was a little dragging.
Although the clutch did not slip this time,More and more the play  increase,It is reaching the point where the clutch can not be disconnected.
It turned off the clutch, but it became a state that it could not be completely cut.
It is hard to enter neutral while waiting for a signal.
Perhaps because the cause was not hardening the head of the release poppet,I think that  it has been  sharpen.

↓ This is normal.With this,the float the pressure  plate,It is turn off the clutch. 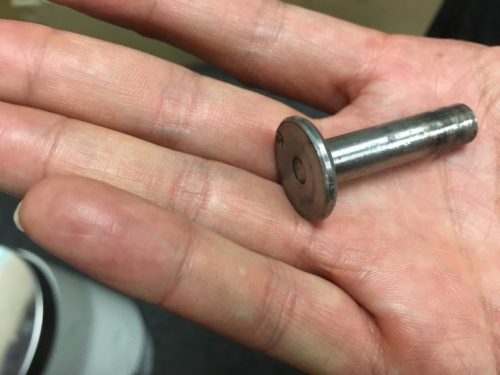 Looking at the color,only the head is hardening. 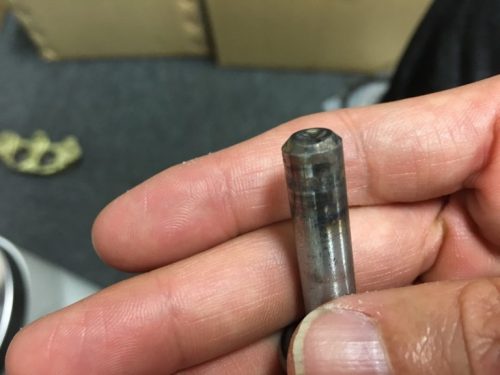 Although it is hardening,but as I ran distance, the head will dent accordingly.

I seemed to have to harden the head of the release, so I ordered the material of SKS 3 which can be flame hardening.
I roast it with acetylene burner and drop it in oil and hardening it.I will apply the file and check the hardness.